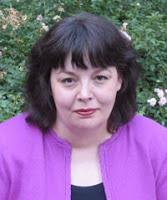 “American politics are in a quasi-revolutionary phase. The people, symbolized first in the eruptions of Tea Parties, are rebelling against elites who believe they can ignore our voices and our values.

“Rush Limbaugh had his finger on the truth. In the nearly half-hour speech he gave after the Proposition 8 ruling (“the American people are boiling over!”), Rush said that Walker “did not just slap down the will of 7 million voters. Those 7 million voters were put on trial — a kangaroo court where everything was stacked against them. … Those of you who voted for Prop 8 in California are guilty of hate crimes. You were thinking discrimination. That’s what this judge has said! Truly unprecedented.”

“Yes, it is. We are entering into a new phase in the battle not only for marriage, but for self-government, for the legitimacy of the views and values of the Ameircan people. This is a fight we cannot dodge, and must and will win. Buckle down, it’s going to be a ride!” – Maggie Gallagher, calling for revolution over same-sex marriage.

Previous Maddow On DADT: Why Aren’t We Holding Off On The Ruination Of Careers?
Next Sovereign Citizens