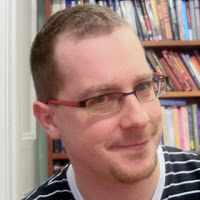 Over at Scientific American, Jesse Bering discusses a partner’s infidelity and opines that sexual jealousy among gay couples is genetically hardwired, whether or not we intellectually dismiss monogamy as unnatural. Bering concludes:

[B]ecause fatal sexually transmitted infections for which gay men are unusually vulnerable, such as HIV, were not present in the ancestral past and could not have produced any special adaptive psychological defenses, sexual jealousy in gay men can only be explained by some sort of pseudo-heterosexuality mindset simulating straight men’s hypervigilance to being cuckolded by their female partners. All this is to say that I reacted the way I did because, at an unconscious level, I didn’t want my testiculared partner getting impregnated by another man. I don’t consciously think of him as a woman, mind you; in fact, if I did, I assure you I wouldn’t be with him. But tell that to my gonads and amygdalae. I would imagine the same is largely true for lesbian relationships; at an unconscious level, a lesbian’s bonding with another woman may trigger concerns in her partner about her “male” spouse’s disinvestment in real or prospective offspring.