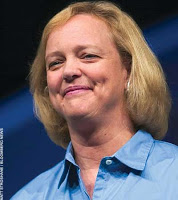 Meg Whitman surprised no one when she announced this weekend that if she becomes governor of California, she will defend Proposition 8 in court, something Schwarzenegger declined to do. However many are questioning whether the timing of both the election and the appeal to the Ninth Circuit would allow Whitman to do so. Karen Ocamb spoke to Lambda Legal’s Jon Davidson:

“At the time of the oral argument that has been scheduled for December 6th, even were Whitman or Cooley to have won the election, they will not have taken office – the new officeholders don’t take office until Jan. 3. 2011. In addition, at that point, the time to file an appeal from Judge Walker’s ruling will have long passed. So, even were they to win, they would not be able to appeal Judge Walker’s ruling if Schwarzenegger and Brown do not – and they have indicated they will not. In addition, Whitman and Cooley would not be able to participate in the oral arguments as parties.

“They might seek to file amicus (friend-of-the-court briefs). The deadline for filing such briefs is 7 days after the brief is due from the party you are supporting. Amicus briefs in support of the proponents of Prop. 8 are due September 24th. It would be unusual for a candidate for political office to file an amicus brief on a measure that they might be in more of a position to weigh in on were they elected, though I guess it could happen. If they get elected, Whitman and/or Cooley might also seek to file an amicus brief after their election or after they are sworn in, which would be after the oral argument. They would need to seek permission to file late. There is no way of knowing whether the Ninth Circuit judges hearing the case would grant such a request to file late.

Davidson adds that there is precedent for newly-elected officials filing amicus briefs when their predecessors chose not to do so.