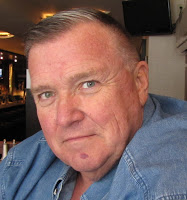 “First of all, lets be extremely clear. Public Option was not a fringe issue. The desire for human rights and freedom for the American LGBT community is clearly rooted in the Constitution of the United States. Wanting our young not to die in useless foreign wars doesn’t appear to me to be radical. Not wanting 14% of America’s children to go to bed hungry at night seems like a reasonable expectation. And yes, waking up in the morning and knowing you have the dignity of a job is essential for the soul of America.

“These issues are not fringe, not left and not unreasonable. President Obama promised us if we believed again he would take us there. Maybe it is time in the White House and in the Obama administration to seriously examine their behavior, let some people go and try and start anew.” – Former Clinton White House adviser David Mixner, responding to Press Secretary Robert Gibbs’ denouncement of the “professional left” to The Hill.

Gibbs says of America’s progressives: “These people ought to be drug tested. They will be satisfied when we have Canadian healthcare and we’ve eliminated the Pentagon. That’s not reality. They wouldn’t be satisfied if Dennis Kucinich was president.”

Previous Morning View – The Corner Deli
Next Rush Limbaugh On Steven Slater: America Would Like Its Own Escape Chute From Barack Obama