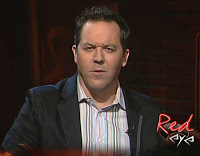 Homophobic Fox News host (redundancy redundancy) Greg Gutfeld says he’s put together a team of investors to open a Muslim gay bar next door to the planned mosque near Ground Zero. He claims that he’s totally serious about his plan.

I’m announcing tonight, that I am planning to build and open the first gay bar that caters not only to the west, but also Islamic gay men. To best express my sincere desire for dialogue, the bar will be situated next to the mosque Park51, in an available commercial space. This is not a joke. I’ve already spoken to a number of investors, who have pledged their support in this bipartisan bid for understanding and tolerance. As you know, the Muslim faith doesn’t look kindly upon homosexuality, which is why I’m building this bar. It is an effort to break down barriers and reduce deadly homophobia in the Islamic world. The goal, however, is not simply to open a typical gay bar, but one friendly to men of Islamic faith. An entire floor, for example, will feature non-alcoholic drinks, since booze is forbidden by the faith. The bar will be open all day and night, to accommodate men who would rather keep their sexuality under wraps – but still want to dance. Bottom line: I hope that the mosque owners will be as open to the bar, as I am to the new mosque. After all, the belief driving them to open up their center near Ground Zero, is no different than mine. My place, however, will have better music.

In 2008 Gutfeld was rated by GLAAD as one of the “worst anti-gay voices” of the year.

Previous MTA Caves On Anti-Mosque Ad Campaign
Next A Hat, A Brooch, A Pterodactyl