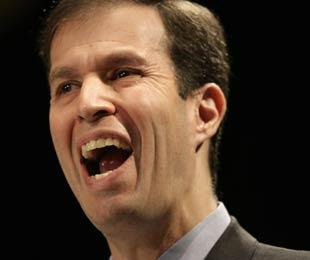 During Ken Mehlman’s reign as Dubya’s campaign manager and afterwards during his tenure as chairman of the Republican National Committee, 21 states passed laws that banned same-sex marriage. Some of these laws made same-sex marriage unconstitutional, some made both civil unions and same-sex marriages unconstitutional. All of these anti-gay referenda took place from 2004-2006 and all of them were pushed by the GOP under Ken Mehlman (and with Karl Rove’s strategic advice) as a ploy to ensure conservative turnout at the polls. If you live in any of the 21 states listed below, you can credit your second class citizenship, in part, to fellow homosexual Ken Mehlman.

Are you feeling very forgiving right now? ARE YOU?