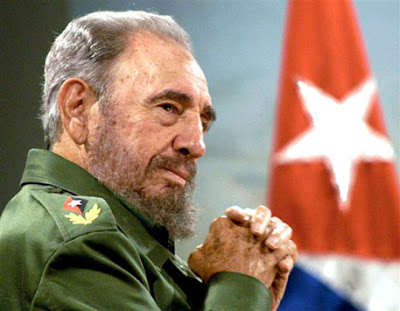 Fidel Castro: I Take Responsibility For Cuba’s Persecution Of Gays Calling it a “great injustice,” today Fidel Castro told a Mexican newspaper that he accepts responsibility for Cuba’s persecution of its gay citizens, thousands of whom were rounded up and placed in internment camps during his regime.

Castro said that the revolutionary government’s actions represented “a great injustice – a great injustice! – whoever committed it. If we committed it, we committed it. I am trying to limit my responsibility in all that because, of course, personally I don’t have that type of prejudice.” The interviewer paraphrases him as saying that “everything came about as a spontaneous reaction in the revolutionary ranks that came from the nation’s traditions. In the old Cuba, blacks were not the only ones discriminated against; there was discrimination against women and, of course, homosexuals.” Was the Communist Party to blame, the interviewer asks. “No,” Castro responds. “If anyone is responsible, I am. True, at that time I couldn’t concern myself with the subject. I was deeply and mainly involved in the October Crisis, the war, the political issues. But in the end, if responsibility must be assumed, I assume mine. I’m not going to blame others,” Castro says.

Many will likely credit Castro’s niece Mariela for today’s statement as she has led Cuba’s burgeoning LGBT rights movement in recent years. Havana has staged gay pride parades for the last two years.