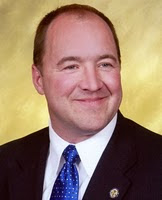 The race between Gazelka, a former state representative, and Koering, R-Fort Ripley, was notable for its focus on Koering’s personal life, and for efforts by state Republicans — who endorsed Gazelka — to investigate Koering’s past. Koering, Minnesota’s only openly gay Republican senator, made headlines in June by dining with a gay adult-film actor. Reports of the date surfaced on Twitter and made national news. Social issues were a factor in the race, as Gazelka made his opposition to same-sex marriage and benefits a leading issue. Koering blasted the Minnesota Republican Party last month for what he called its effort to “dig up dirt.” A party researcher wrote sheriffs in Morrison and Crow Wing counties, asking if they had law-enforcement records on Koering. Gazelka distanced himself from those tactics, saying he didn’t endorse the state party’s investigation of Koering.

RELATED: Koering angered many in January 2009 when he announced that he would not only not work for marriage equality in Minnesota, he wouldn’t even vote for it if it was presented to his chamber. Koering’s top aide said at the time that if anybody complained about his boss’s stance on marriage equality, their letter would just go in the trash “where it belongs.” Koering’s 2010 campaign page is blank under the “issues” button, so it’s unclear whether he changed his tune. However even Koering’s opponent denounced NOM for their “mean-spirited” flier campaign earlier this year, so it’s possible he did.

Previous Tweet Of The Day – Roger Ebert
Next American Family Association: Allowing Gays To Adopt Is Inhumane To Children