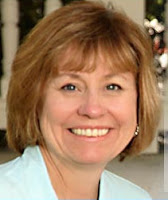 Sharron Angle: If You Get Raped By Your Father, Turn Lemons Into Lemonade “I think that two wrongs don’t make a right. And I have been in the situation of counseling young girls, not 13 but 15, who have had very at risk, difficult pregnancies. And my counsel was to look for some alternatives, which they did. And they found that they had made what was really a lemon situation into lemonade. Well one girl in particular moved in with the adoptive parents of her child, and they both were adopted. Both of them grew up, one graduated from high school, the other had parents that loved her and she also graduated from high school. And I’ll tell you the little girl who was born from that very poor situation came to me when she was 13 and said ‘I know what you did thank you for saving my life.'” – Nevada teabagger Senate candidate Sharron Angle, on what she’d tell a girl who’d been raped by her father.