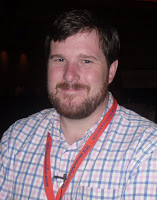 Quote Of The Day – Jesse Connoly “I think the messaging that we put forth was very strong, I think the consulting team that did our TV spots did a great job of executing the message we were running on. I think the bigger question is around the timing of the election, wondering why our supporters didn’t go vote. Those are more burning questions versus the coulda/woulda/shouldas on messaging. We were trying to boost turnout and put messages up there that encouraged people to go voted. But as we look through our data, there was a swath of voters who didn’t go vote and we need to try to understand why they didn’t.” – Maine’s No On 1 manager Jesse Connoly, speaking to the Advocate’s Kerry Eleveld after co-moderating the marriage equality panel at Netroots Nation.

Connoly says that while equality issues may excite some of the voter base such as the LGBT community, the No On 1 side had to spend a lot of its resources just to get voters to the poll in a non-election year. That’s an important lesson to consider in the future. There was also much introspection among the activists in the room as to why it took a straight man such as Connoly to put together what is universally considered the best marriage equality campaign we’ve seen so far.