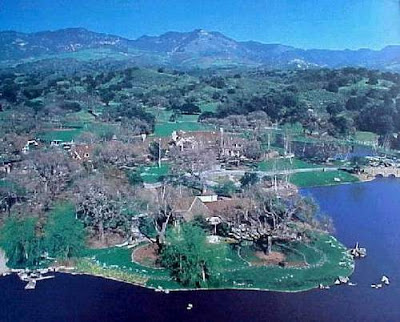 The NAACP is backing a plan to turn Michael Jackson’s Neverland Ranch into a California state park.

As home to pop legend Michael Jackson, Neverland Ranch housed a working locomotive, a Ferris wheel and other amusement park rides, a 10,000-volume library and a zoo. But could the opulent Santa Barbara County estate become home to California’s newest state park? A resolution is in the works to order state parks officials to study converting the roughly 2,600-acre property into a state park. The state NAACP is backing the idea, and a lawmaker has signaled he is on board to carry the legislation. “I think Michael’s history is world history and I think it would become the No. 1 attraction for the state parks if we could pull it off,” said state NAACP President Alice Huffman, who also serves on the state Parks Commission.

The state would have to pay Jackson’s creditors an estimated $100M for the property, a seeming impossibility for a state near bankruptcy. But backers of the state park idea point to Elvis Presley’s Graceland estate in Tennessee, which grossed $36M just last year for its private owners. An admission charge to a state-owned Neverland hasn’t been discussed, but memorabilia sales alone could be considerable.