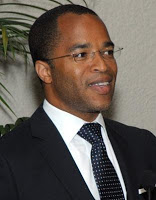 “Let me point out that the Gill case was not the only relevant one decided by Tauro. He also ruled that DOMA was unconstitutional because it trumped states’ rights to set their own marriage laws. It was a satisfying outcome. But his decision has gay legal eagles and federal court tea leaf readers a bit mystified and concerned. ‘Perhaps more importantly, his Tenth Amendment arguments prove entirely too much,’ Yale constitutional law professor Jack Balkin wrote last week about Judge Tauro’s ruling. ‘As much as liberals might applaud the result, they should be aware that the logic of his arguments, taken seriously, would undermine the constitutionality of wide swaths of federal regulatory programs and seriously constrict federal regulatory power.’ Balkin supports marriage equality, fyi.

“As nice as this decision is, it’s only the start of the long journey to the Supreme Court. All eyes are on the Justice Department and whether it will appeal the Tauro rulings to the Appellate division. I won’t be surprised or angered if it does. An administration traditionally defends the nation’s laws no matter its policy view of them. President Obama has made it clear many times that he wants DOMA repealed. (Got that, Congress?) And if the administration does appeal I hope it mounts the same limp defense it did in District Court. We can only hope that those same indefensible — and unconstitutional — rationales for unfairness will lead to the ultimate demise of DOMA.” – Washington Post columnist Jonathan Capehart.

Previous Tweet Of The Day – James Hartline
Next Sarah Palin: We Need To Make Illegal Immigrants Register With The Government