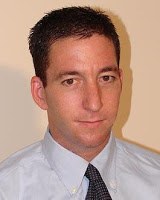 “Argentinian politicians acted in the face of ‘polls showing that nearly 70 percent of Argentines support giving gay people the same marital rights as heterosexuals.’ That’s what is most striking here: this is not happening in some small Northern European country renown for its ahead-of-the-curve social progressivism (though gay marriage or civil unions are now the norm in Western Europe).

“Just as is true for Brazil, which I’ve written about before with regard to my personal situation, Argentina is a country with a fairly recent history of dictatorships, an overwhelmingly Catholic population (at least in name), and pervasive social conservatism, with extreme restrictions on abortion rights similar to those found on much of the continent. The Catholic Church in Argentina vehemently opposed the enactment of this law. But no matter. Ending discrimination against same-sex couples is understood as a matter of basic equality, not social progressivism, and it thus commands widespread support. The contrast with the U.S. is quite instructive and depressing.” – Glenn Greenwald, writing for Salon.