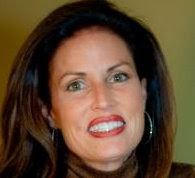 “No question, the case should be appealed to the United States Supreme Court. This case goes to the fundamental issue of our right to self-government. We hope the Supreme Court affirms this right and rejects the idea that no rules apply when it comes to homosexual ‘rights.’

“This case is just the latest example of the judicial tyranny CWA’s more than 500,000 members around the country are committed to fighting. It highlights the importance of the current nomination of Elena Kagan to the Supreme Court, someone who has already circumvented the law to impose homosexual ‘rights’ in denying access to the military recruiters at Harvard Law School. And it reminds senators of how important their ‘advice and consent’ role is when selecting judges.” – Concerned Women for America CEO Penny Nance, who should be concerned about botox poisoning instead of today’s affirmation by the DC Appeals Court that minority rights cannot be put to a public vote.