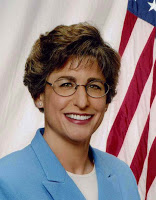 On behalf of six local couples, the ACLU and Lambda Legal are filing suit against the state of Hawaii today in a demand for equal rights.

The lawsuit doesn’t seek the titles of “marriage” or “civil unions” for gay partners. Instead, it requests that the court system extend them the benefits and responsibilities of marriage based on the Hawaii Constitution’s prohibition against sex discrimination. “We continue to be discriminated against,” said plaintiff Suzanne King, who has been in a relationship with her partner for 29 years. “We’re a family unit, and we live our lives just like everyone else, but we aren’t treated the same.” The legal action in state court comes as a response to the Republican governor’s veto July 6, when she said voters should decide whether to reserve marriage for couples of a man and a woman

The chairman of the Hawaii Christian Coalition objects: “I feel insulted. They keep bringing up Martin Luther King, black rights and women’s sufferage. This is not about that. This is about two males or two females practicing sex. It’s behavior. It’s no different from smokers or drinkers.”