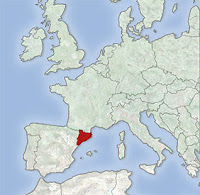 The Catalan government is investigating a Barcelona clinic that is alleged to be performing “gay cures” and may impose fines on the business.

Policlinica Tibidabo in the Catalan capital offers pills and psychiatric “treatment” to convert homosexuals. Spain’s leading daily El Pais said people who wanted to be treated are often followers of a particular religion which believes homosexuality is incompatible with their beliefs. “An investigation has been opened into this clinic,” a spokeswoman for the regional government’s health department told AFP. “We do not consider homosexuality as an illness, far from it.” She said the clinic could face fines if the month-long probe concludes that such treatments are being carried out. A gays and lesbian rights association in Catalonia, the CGL, hailed the decision of the regional authorities. “It is totally unacceptable, in the 21st century, that health professionals are trying to treat homosexuality,” CGL secretary general Antonio Guirado said in a statement. “You cannot treat something that is not an illness.”

Kudos to the Catalan government. Meanwhile in America, Christianist brainwashing “ex-gay” camps and evangelical “exorcisms,” which are nothing short of mental and physical torture, continue to be perfectly legal.