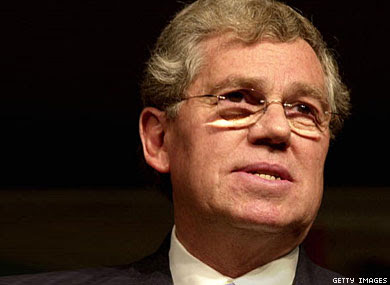 Rhode Island’s notoriously anti-gay Gov. Don Carcieri has vetoed a measure that would have added transgender protections to the state’s hate crimes law. The Family Research Council is thrilled.

“Given the challenges facing America, it’s troubling that any legislature would invest time and taxpayer monies to consider such a superfluous agenda-driven maneuver, much less pass it through both Houses,” said FRC president Tony Perkins. “In vetoing the measures, Gov. Carcieri rightly chose to tend to the serious business of governing Rhode Island and rejected those who seek to use government resources against anyone who would oppose their radical agenda.”

Last November Carcieri vetoed a bill that would have granted burial rights to the same-sex couples. The legislature later overrode his veto. Such an action is unlikely this time as the official legislative session has already expired for the year.