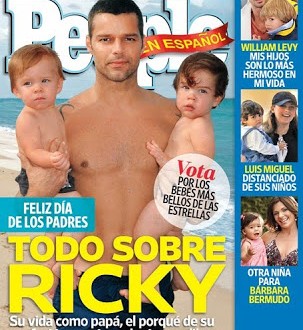 Via Andres Duque at Blabbeando, who says: “How great is it that the editors of one of the most widely read Spanish-language magazines in the United States would deem it fit to honor Ricky Martin and his parenting as an openly gay man and, in doing so, highlight gay parenting in general? Appropriately, I also happened to come upon this story today on what a number of bloggers are celebrating as the 5th Annual Blogging for LGBT Families Day.” Duque notes that the editor of People en Español is also an openly gay man with two kids of his own.