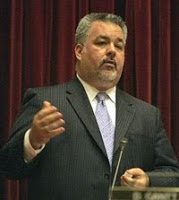 If enacted, New York State would recognize legal same-sex marriages performed in other jurisdictions regardless of whether the federal government does so. Specifically, A.11479 creates an exception to the statutory rule that an individual’s state income tax filing status is determined by his or her federal income tax filing status. Upon the introduction of this bill, O’Donnell remarked: “This legislation will bring state tax law into compliance with the most current legal precedents. New York State must remove every statutory barrier to the full recognition of legal same-sex marriages. Gay and lesbian spouses deserve every financial benefit that currently accrues to heterosexual married couples regardless of whether or not the federal government recognizes those unions.”

Another reason to get up to Connecticut if you’ve been planning to marry.