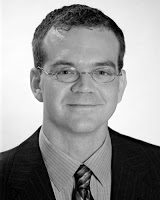 “Knockoffs are tiring; how many impromptu-but-choreographed flash mobs can there be before the idea is finally given a rest? Worse though, are the copycats that try to be something they’re not. Instead of putting forth something brilliant and groundbreaking, they recycle something, put a new brand on it and try to spin it to the consumer as superior to the product they’re aping. (Hello, Microsoft. I’m looking at you!)

As I’ve been watching some of GetEqual’s recent tactics and behind-the-scenes positioning, I can’t help but get the same uneasy feelings. I’m starting to feel as if I’ve been sold a bill of goods; I wanted orange juice but got Tang. Instead of a radically different, transparent and community-focused direct action organization, I got HRC Lite (now with more action!).” – Bilerico Project co-founder Bil Browning, from a lengthy and scathing commentary on GetEQUAL.

My two cents (and with full disclosure of course, Autumn [Sandeen], who participated in the last GE WH protest and was arrested, is a Blend barista) is that GetEqual isn’t even close to HRC lite, since there is a level of transparency with the public that HRC has never had, as exhibited by all of the facts about who’s paid what and where the money comes from, and who is guiding the organization and their backgrounds. A good amount of Bil’s post goes to nailing down the salaries of Kip Williams, Robin McGehee and Heather Cronk, GetEqual’s new Managing Director. Basically, their pay ranges from $70K-90K; the organization doesn’t have ongoing support to fund their employment or provide stability down the road, so it’s natural to examine the story behind GetEqual, but I don’t see a valid comparison to HRC in any form of fashion. GetEqual doesn’t proclaim to speak for the entire LGBT community, nor does it lobby or have official access. By its very nature — impromptu protests that rankle the establishment, GE is not likely to gain it either.

Previous American Catholic Bishops Agree On ENDA: It Should Remain Legal To Fire Gays
Next Online Magazine For Men Launches