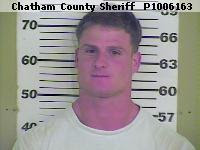 Two U.S. Marines were arrested yesterday for beating a gay man near downtown Savannah, Georgia. The victim remains hospitalized after suffering two seizures at the site of the attack.

About 3:45 a.m., a metro police officer was patrolling when he saw two men running on Congress Lane. Moments later, the officer received a call about a man at Congress and Bull streets unconscious on the ground. The officer rushed to the intersection and found 26-year-old Kieran Daly motionless with friends performing first aid, a report stated. The officer caught up with the two men who were running away, identified as Keil Joseph Cronauer, 22, and Christopher Charles Stanzel, 23. Police records show both men are stationed at Marine Corps Air Station in Beaufort, S.C. Cronauer and Stanzel told police they were being harassed by a gay man and wanted to get away from him.

But witnesses painted a different picture, according to the report. They told police one of the men grew angry because he thought Daly was winking at him and struck Daly in the back of the head with his fist, knocking him unconscious. Saturday night, from his bed at Memorial University Medical Center, Daly insisted he tried to convince the Marines he was not winking at them. “The guy thought I was winking at him,” Daly said. “I told him, ‘I was squinting, man. … I’m tired.'” Daly said one of the men told him he demanded respect because he served in Iraq. And at least one hurled slurs at him as he tried to walk away. “That’s the last thing I remember is walking away,” Daly said.

The attackers have only been charged with misdemeanor assault.