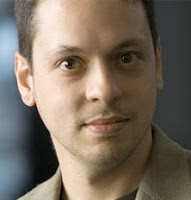 Markos Moulitsas, founder of the progressive blogging powerhouse Daily Kos, has issued a quite scathing denouncement of his site’s longtime polling partner Research 2000, alleging unspecified skullduggery in their methods. Research 2000 polling results were heavily cited across the blogosphere (including here) during the 2008 elections and beyond.

We contracted with Research 2000 to conduct polling and to provide us with the results of their surveys. Based on the report of the statisticians, it’s clear that we did not get what we paid for. We were defrauded by Research 2000, and while we don’t know if some or all of the data was fabricated or manipulated beyond recognition, we know we can’t trust it. Meanwhile, Research 2000 has refused to offer any explanation. Early in this process, I asked for and they offered to provide us with their raw data for independent analysis — which could potentially exculpate them. That was two weeks ago, and despite repeated promises to provide us that data, Research 2000 ultimately refused to do so. At one point, they claimed they couldn’t deliver them because their computers were down and they had to work out of a Kinkos office. Research 2000 was delivered a copy of the report early Monday morning, and though they quickly responded and promised a full response, once again the authors of the report heard nothing more. While the investigation didn’t look at all of Research 2000 polling conducted for us, fact is I no longer have any confidence in any of it, and neither should anyone else. I ask that all poll tracking sites remove any Research 2000 polls commissioned by us from their databases. I hereby renounce any post we’ve written based exclusively on Research 2000 polling.

Moulitsas says that he expects the right-wing to have a field day with this embarrassment and even allows that they probably should. Lawyers for Daily Kos are expected to file suit against Research 2000 shortly. The implications of this revelation are, to say the least, fascinating. Who was really pulling the strings at Research 2000?