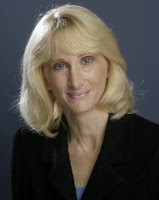 “But Justice Scalia – this was a big surprise for me, his skepticism on this argument. But it’s making me think that in fact he’s thrown down the gauntlet for many of us who want to protect the privacy of those who are afraid of being intimidated. He said, and this is the quote that’s gonna make it in all the news items when we hear about this case, he said ‘Running a democracy takes a certain amount of civic courage’. Well, I think in a sense he is right. And if we lose this case I think that’s the gauntlet thrown down to each one of us. Are we up to it? Are we willing to do what is right? Are we willing to put a name on a paper that clearly states a biblical viewpoint like being in favor of marriage even if we know we could face intimidation and harassment for it?

“When I wrote an article and did one of these multi-media commentaries regarding our amicus brief that was titled ‘Secret Ballot, Secret Petitions’, I began it by saying, would you be willing to sign your name on a petition if it meant you could face death threats, intimidation, losing your job? And Mario Diaz, our director of legal policy here at CWA responded and said yes, that he would be willing to sign his name onto something if he was intimidated. And I thought, he’s right, he’s right. We need to be willing to stand up and put our name on a paper. We’re willing – we need to be willing to stand up and speak out for what is right, even if there are consequences to doing that.” – Concerned Women for America president Wendy Wright, changing her tune from victim of homofascists to martyr for Christ in the face of Supreme Court’s obvious intent to rule against Protect Marriage Washington.

(Thanks to Lurleen at Pam’s House Blend, who provides us with the above transcript.)