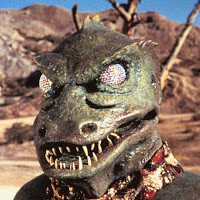 “There has been an effort to obfuscate Kagan’s position on gay marriage using statements she made when nominated to be solicitor general, but these efforts are all either sad or laughable. Take, for instance, this Cornell law professor: He pretends to believe that, when Kagan stated that she has never taken a public position on whether the Constitution ought to be read as protecting gay marriage, she somehow meant that she believes the question should be left up to the political process. This is shameful to the author; he must know better.

“Part of this is a deliberate attempt to mislead the American people. Reasonable disagreement is one thing; outright deception is another. Kagan waded into the DOMA case, amending a brief that offered ‘responsible procreation’ as a reason for DOMA to instead explicitly reject procreation and child wellbeing as a reason for defining marriage as one man and one woman — undermining the law she claims to be defending.” – Maggie Gallagher, writing for the National Review.