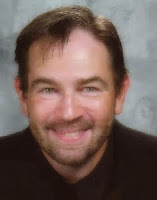 “While many entertainers who profess an alternate sexual lifestyle are individually accepted and enjoyed by the public — when sexual behavior becomes their identifying trait in a specific broadcast, it limits the audience they will draw. Beyond that, it actually drives away a significant market share of parents and teens who used to watch the show together, until mom and dad decided that the subtle promotion of an ‘alternate lifestyle’ to their kids was not worth the entertainment trade off. Sorry Ellen, you’re just not worth it.

“Network television producers may or may not stop promoting homosexuality; but for certain they will learn to keep homosexual activism separate from the cash-cow of ‘family entertainment.’ There is of course the insane possibility that Hollywood will forsake ratings – and the dollars that follow – and continue down the path of change. Perhaps next we will see the pro-pedophilia group NAMBLA use its influence in Hollywood to have Dancing with the Stars seat Roman Polanski as a judge.” – Christian Newswire director Gary McCollough, speaking from behind the gauzy lens at Glamour Shots.

McCullough blames American Idol’s declining ratings on the public’s distaste for their evil homofascist judge, Ellen DeGeneres. And certainly not on this season’s spectacularly dreary contestants.