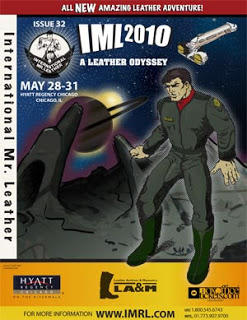 “For many years, our organization has always preached the importance of safe- sex,” explains [IML coordinator RJ] Chaffin. “It has been on the lips of many people, [the fact that] we speak out on safe-sex, but allow vendors to promote bareback videos. The time has come for us to take a stand on the issue. It affected about three of our vendors and in fact, most vendors were pleased to see us take action on this matter. I would say for every negative e-mail we’ve received, we’ve received 15 supportive emails and letters,” says Chaffin, who has received calls and emails from organizers of similar events to gauge the reaction of attendees to the new policy. “We need younger people to realize that barebacking is not cool and very dangerous.”

The event continues through tomorrow.