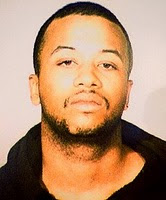 The judge has declared a mistrial in the case of Keith Phoenix, who was on trial for the anti-gay, anti-Hispanic murder of Ecuadorean immigrant Jose Sucuzhanay. According to Phoenix’s lawyer, the jury was deadlocked over convicting him of murder or manslaughter. The victim was beaten to death with a metal baseball bat in Brooklyn in late 2008 after Phoenix and another man mistakenly thought that he and his brother were gay lovers.

After more than three days of jury deliberations, a holdout juror prompted a mistrial Tuesday night in the hate crime trial of a Brooklyn man accused of beating an Ecuadorean immigrant to death. Keith Phoenix, in pale shirt, watched a taped police interview of himself, as did the jury, in court in Brooklyn on Tuesday. About 9 p.m. Tuesday, Justice Patricia M. DiMango of State Supreme Court in Brooklyn announced that the jury was hopelessly deadlocked in the case of Keith Phoenix, because one person on the panel refused to deliberate any further. “I can’t see any other action than to declare a mistrial at this time,” said Justice DiMango, who set a new trial date of June 15 before Mr. Phoenix, 30, was handcuffed and led out of the room. “I love you, baby,” Mr. Phoenix’s mother, Marietta Phoenix, called out to her son. “It was justice,” she later said.

“Justice,” his mother said, despite the overwhelming evidence and the photo of Phoenix laughing about the crime minutes later as he drove through a toll booth. Equally unbelievable, last week Phoenix’s accomplice was convicted only on a manslaughter charge, with no hate crime embellishment. The judge set a new trial date of June 15th for Keith Phoenix.