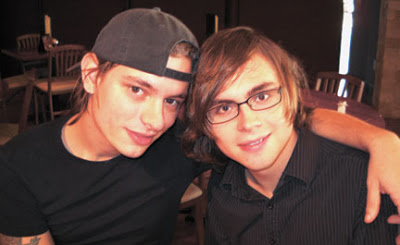 A gay blog site, Unzipped.net, was dissatisfied that the New Times feature refused to reveal the hooker’s true identity, identified by Thorp and Bullock only as ‘Lucien’ in their article. Using the Rentboy search engine, they used the physical characteristics described in their article to track down a photo of the young man, whose picture they then published, along with his Rentboy.com ad. “I guess I expected too much from the gay community,” said Thorp, who had hoped against hope to keep the center of the story from becoming the story. [SNIP] “I don’t think there is any question that from the beginning we wanted to keep Lucien’s identity private,” Thorp stated. “His life was no one’s business. He was not a national figure trying to screw up people’s lives. We wanted to bring down ‘one of the bad guys,’ a theocratic totalitarian, and expose him for who he really was.”

According to Thorp and Bullock, it was an “authorized user” of Roman’s email account that recognized Rekers’ name and tipped off the pair. When I interviewed Roman last week, he told me he had no idea of how the information came to light and suggested that Rekers’ email account may have been hacked.