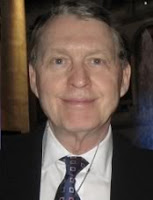 “In his State of the Union message President Obama said repealing ‘Don’t Ask, Don’t Tell’ was the right thing to do. But Friday evening President Obama did the wrong thing, and in doing so he and Secretary Gates delivered a devastating blow to getting repeal done this year. Their joint political decision showed a lack of respect for our LGBT service members who are on the frontlines every day risking their lives for our safety.

“As a result of the Commander in Chief’s decision to defer to Secretary Gates’ wishes and timeline, gay service members will continue to be treated as second class citizens, and any sense of fairness may well have been delayed for yet another year, perhaps for another decade. The President did not sound like a fierce repeal advocate. He sounded like someone who wants to have it both ways. And that is not leadership. That is politics as usual.” – Servicemembers Legal Defense Network head Aubrey Sarvis, who also says he will take part in tomorrow’s demonstration in front of the White House.