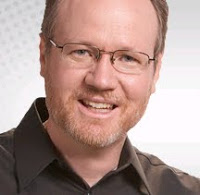 Harvey Milk Day Will Turn Your Children Into Cross-Dressing Pedophiles! Randy Thomasson of Save California is calling for parents to keep their children home from school during any Harvey Milk Day observations. Because kids will be instructed on cross-dressing! And Harvey Milk endorsed pedophilia!

Randy Thomasson, president of SaveCalifornia.com reports that May 17-28 may include exercises in celebration of Milk, as students will participate in commemorative activities honoring him without parental notification or consent. The exercises could consist of anything teachers or school board members deem appropriate, including in-class reading and writing activities about the politician, or watching the film Milk. Assemblies teaching homosexuality and alternate lifestyles, cross-dressing contests, or mock “gay” parades and weddings could also take place.

Thomasson is alerting parents to contact their child’s school and ascertain the specific days and activities that will honor the late homosexual politician. If any celebration is scheduled to commemorate Milk, the pro-family activist urges parents to keep their children home. “It is a moral crime for virtually all the Democrats in the California legislature to force this upon the six-million children in California schools,” Thomason argues. He adds that Milk was one of the worst examples as a role model for children. “Milk believed in adult-child sex; he believed in lying to get ahead. He is one of the worst role models that children could have,” the SaveCalifornia.com president contends. “Teachers, principals, and schools that push Harvey Milk’s values are responsible for the degradation of children as human beings.”

Harvey Milk Day is May 22nd.