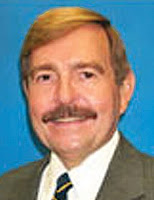 The proof of Dr. Rekers’ heterosexuality is in his supreme fight against the radical gay agenda. His deeds– his Evangelical writings and teachings– affirm a life lived under Christ’s laws. The power of his righteousness shines on the faces of the thousands upon thousands of people he has touched and inspired to rebel against their worst homosexual desires. A few sordid acts could never refute such a lifetime of glory. Dr. George Rekers is and forever will be a true and beautiful heterosexual, despite what tales are pawned off in your local blogs and newspapers. God has made none straighter. The gays shall lay no claim to him. He is one of us! Even if, by chance, some unfortunate same-sex tryst happened there in the teeming alleyways of Madrid or on the bleached shores of Costa Brava, under a starry Andalucian night, or on a brisk Basque morning, whatever did happen Dr. George Rekers will forever remain a righteous heterosexual in our hearts!