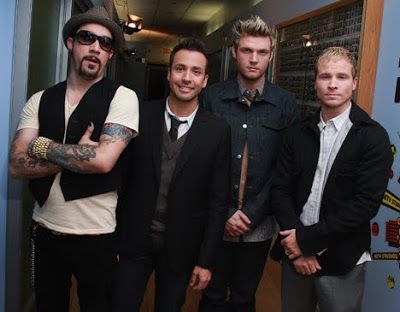 The Backstreet Boys will headline San Francisco Pride on Sunday, June 27th. You weren’t expecting that were you?

Main stage producer Audrey Joseph, who was brought on board by the San Francisco LGBT Pride Celebration Committee only in April to line up talent for this year’s 40th anniversary of the LGBT Pride Parade and festival, confirmed the news Tuesday, May 18. The Backstreet Boys were already scheduled to be in San Francisco for a pair of concerts at the Warfield, according to Joseph and the band’s website. Besides the boy band, popular for hits such as “As Long as You Love Me,” the lineup for Sunday, June 27, is expected to include Rose Royce (“Car Wash”), Martha Davis and the Motels (“Suddenly Last Summer”), and Andy Bell from Erasure (the band known for the song “A Little Respect”).

The band will be performing in the mid-afternoon prior to their show at the Warfield that night. And yes, there’s only four of them now that the one with the eyebrows has quit.