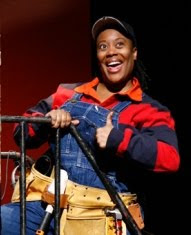 The Gary Coleman character in the long-running hit musical Avenue Q will stay in the show, despite the death of the real life Coleman.

Sitting alone at the rear of the house at New World Stages on Friday night, Jeff Whitty wept after the performance of “Avenue Q.” Mr. Whitty, the book writer for that Tony-winning puppet musical, was not crying at his own handiwork. He shed his tears in mourning for the actor Gary Coleman, who had died earlier in the day, and in relief that “Avenue Q,” which includes a satirical character based on Mr. Coleman, the star of the television series “Diff’rent Strokes,” had been well received by the audience after some surgical changes to the show. Despite some very serious consideration that “Avenue Q” would require significant revision or have to drop the role altogether, Mr. Whitty said that Gary Coleman, the character, would live on in the musical. “After watching it tonight, I would miss him too much,” Mr. Whitty said. “Personally, I would miss him terribly.”