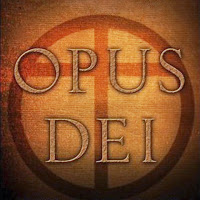 The secretive Catholic group Opus Dei has purchased a $7.5M townhouse near their opulent headquarters in Manhattan’s posh Murray Hill.

The house was bought by the Rosemoor Foundation, whose Web site says it funds “cultural centers and activities whose origin and mission are inspired by the Catholic Prelature of Opus Dei.” The foundation bought the place from hedge-funder Albert J. Fitzgibbins III, a founder of Stonington Partners. A neighbor told us, “There were fears they would use it as a halfway house for the rehabilitation of pedophile priests.” But a spokesman for Opus Dei — which was scandalized in what many considered an inaccurate portrayal in “The Da Vinci Code” — said the house would be used “as a residence for women where they would be offered philosophical, theological and spiritual guidance.” Calls to Rosemoor and Fitzgibbins were not returned.