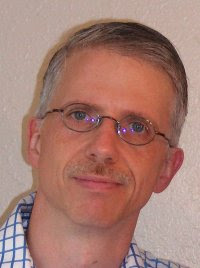 “It’s 2010 and CNN expects me to seriously sit here and expect that this issue is really still up for debate? It certainly is in some quarters, but those are quarters that at this point respectable journalists should stay out of. I guess this means we can look forward to other CNN segments including ‘The Holocaust — did it really happen?’ with anti-Semites invited to discuss the topic, as well as ‘Race in America: Should African Americans go back to Africa?’ with Ku Klux Klan leaders brought on as ‘experts.’ And just to be well-rounded, how about ‘Is the earth really flat?’

“When I contacted CNN, I honestly assumed they’d at least issue an apology for the offensive wording of Phillips’ question and admit Cohen was a poor example for an ‘expert’ to discuss this issue. Instead, they defend their actions as if they are actually behaving responsibly by doing this story and doing it this way. Oh, and CNN? Don’t bother ‘exploring other views and positions.’ You’ve now got zero credibility on the subject anyway, so why bother?” – AfterElton blogger Michael Jensen, calling out CNN for yesterday’s outrageous segment on “curing” homosexuality.