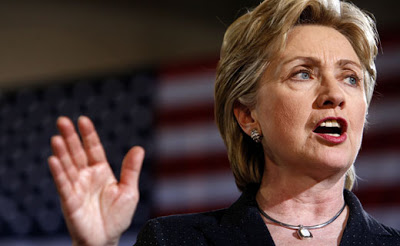 Once again, Hillary Clinton is being rumored to be on the short list of potential appointees to the Supreme Court.

Sen. Orrin Hatch says he’s heard Secretary of State Hillary Rodham Clinton’s name mentioned in connection with the Supreme Court vacancy brought about by the retirement of Justice John Paul Stevens. Hatch didn’t elaborate in an interview Monday. Appearing with Senate Judiciary Committee Chairman Patrick Leahy on NBC’s “Today” show, the Utah Republican said only, “I heard Sen. Hillary Rodham Clinton’s name today and that would be an interesting person in the mix.”

I can’t even begin to imagine the circus that would be Clinton’s confirmation hearings.