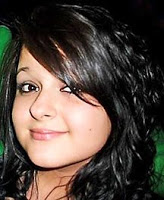 Did The Haters Secretly Move The Prom So Constance McMillen Wouldn’t Find It? A Mississippi blog is claiming that the alternative prom attended by Constance McMillen was a decoy and that the “real” event was secretly moved to another location. According to the below report, only seven kids showed up at the event Constance was told was the real deal.

The prom the school district promised at the country club in Fulton was a ruse. Only seven kids, Constance, and her date showed, and at the same time, everyone else held a “real” prom at a secret location out in the county. This is all after the school district had represented to Judge Davidson that Constance was invited to a parent-sponsored prom to be held at Tupelo Furniture Market. The school represented that Constance was invited in court filings, testimony, and representations by the school district and its lawyers. In reality, Constance had not been invited, but, based on the representations by the district and its counsel, Judge Davidson denied Constance’s request for a preliminary injunction that she could go to the prom.

The school reneged, or possibly didn’t ever intend to follow through on its representations to the court. The parents didn’t want Constance at the prom and didn’t want to be sued (as they told the Clarion Ledger), and so on Tuesday announced the cancellation of the prom. But what they’d done was secretly relocated it. Shortly thereafter, the school’s attorney announced (on Wednesday) that “the prom” was to be held at the Fulton Country Club on Friday. But yet only seven kids showed up. Meanwhile, there’s a rumor that school officials were directly involved in setting up the “fake” prom.

If true, it’s amazing that hundreds of kids were able to keep the location change a secret. More on this as it develops.