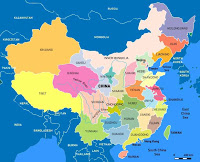 Similar to a recent move by the United States, China has lifted their ban on visitors with HIV.

Days before travelers worldwide are to begin arriving for Shanghai’s world exposition, China has lifted a two-decade ban on travel to the country by people who carry the virus that causes AIDS or who have other sexually transmitted diseases. The action also removed a longstanding ban on travel to China by people with leprosy. The government approved amendments to a 1986 law governing quarantines and a 1989 law regulating entry by foreigners, removing prohibitions related to people with H.I.V., which causes AIDS, China’s State Council, a body roughly equivalent to the White House cabinet, reported on its Web site late Tuesday.

Unlike the United States, which took many months to implement the change, China’s move is effective immediately.