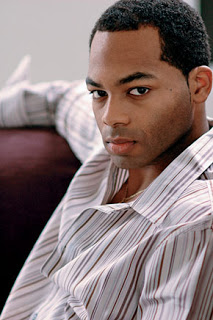 -Brandon Victor Dixon, currently earning rave reviews in The Scottsboro Boys, will take the title role in the upcoming Unchain My Heart: The Ray Charles Musical. The show begins previews on October 8th.

-The 2010 Tony Awards nominations will be revealed on Tuesday at 8:30am. Watch live on the official site.

-Try to remember: Tomorrow The Fantasticks celebrates its 50th anniversary with a special event that includes over 50 alumnae of the show appearing for the curtain call and a group song.

-Cheyenne Jackson, Jesse Martin, and Rosie Perez are among the presenters at this year’s Drama Desk Awards at Lincoln Center on May 22nd. Patti LuPone will host. “No fucking cameras!”

-Testa-fy! Tony nominee Mary Testa will star in the Off Broadway run of I’ll Be Damned beginning July 1st at the Vineyard. She was fantastic in Xanadu.

-All that scam: Composer John Kander and the estate of Bob Fosse are suing Disney over royalties from the Oscar-winning film version of Chicago. The parties claim Disney has cheated them out of $12M.

-We don’t need no jukebox-ucation. Pink Floyd’s The Wall: The Musical. SRSLY.

-She’s the top: Tony winner Sutton Foster will star in a revival of Cole Porter’s Anything Goes, set to open next season. Patti LuPone starred in the most recent Broadway production in the 80s.

VIDEO: Here’s a new montage clip from Promises, Promises staring Kristen Chenoweth and self-proclaimed gay rights hero Sean Hayes. The show opened yesterday with two Burt Bacharach classics added to the original score: I Say A Little Prayer and A House Is Not A Home.