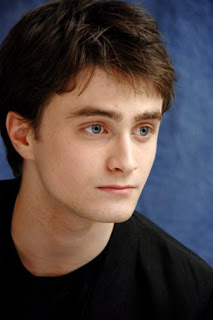 -Daniel Radcliffe will star in the 2011 revival of How To Succeed In Business Without Really Trying. Radcliffe received positive notice in 2008’s production of Equus, but has not yet performed in a Broadway musical. Matthew Broderick won the Tony in the same role in 1995.

-The NFL makes its first foray into Broadway as a promoter of the upcoming Lombardi, a show about legendary coach Vince Lombardi. Dan Lauria of The Wonder Years will star in the title role.

-Monday, May 3rd, Rep. Barney Frank will join the cast of The Temperamentals for a post-show chat on stage. Ugly Betty’s Michael Urie co-stars in this telling of the formation of the early gay rights group, The Mattachine Society. -South Park creators Matt Stone and Trey Parker have announced plans for a musical Latter Day Saints spoof tentatively titled The Book Of Mormon. The show is set to open in March 2011 and OMG Cheyenne Jackson will star.

-Dances With Wolves: The Musical. SRSLY.

VIDEO: Here’s the new ad for Come Fly Away. Dancer and actor unions are presently warring over who should administer the show. The dancers union says the show, which features the recorded vocals of Frank Sinatra, has “no narrative thread,” meaning it is strictly a dance show and therefore under their purview.