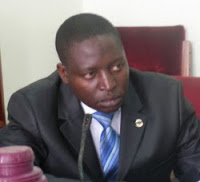 Ugandan member of parliament David Bahati, the sponsor of his government’s still-pending “kill gays” legislation, may be banned from entering the UK.

According to the Guardian, civil servants in the Foreign Office, the Department for International Development and the Borders Agency are drawing up plans to block Mr Bahati’s visa if he does not drop the bill. A senior government source said the issue could become “a major diplomatic incident if the Ugandans do not back down”. The bill proposes the death penalty for people who have gay sex with minors, disabled people, or while infected with HIV, along with repeat offenders. Others convicted of homosexual sex will face life imprisonment, up from the current 14 year sentence.

Bahati’s bill remains stalled in the face of international condemnation.