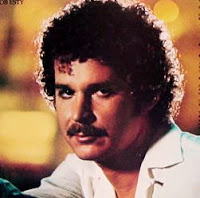 Strictly For The Disco Heads March 13th my special guest will be the legendary record producer/re-mix genius TOM MOULTON. Tom’s work ruled the dance floors around the world for many, many years and even now he continues to produce and re-mix important dance recordings…to continued acclaim. We will be chatting about his past, present and just what he is planning for the his future along with choosing his 12 “personal favorite/personal best” recordings that we will be playing and discussing…just for my DISCO JUICE Internet radio show!

A former Ford model, Moulton is credited with having invented the concept of the remix and the 12″ single itself. (Merely seeing “A Tom Moulton Mix” on a record meant SOLD to me!) He got his start at Fire Island’s legendary Sandpiper in the late 1960s where he used reel to reel tapes. Tomorrow’s show runs 6pm-9pm EST. Below is LaRue’s 1976 classic Cathedrals and Tom Moulton’s 12″ mix of Double Exposure’s My Love Is Free from the same year.