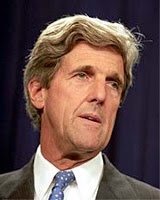 “Not a single piece of scientific evidence supports the ban,” Kerry said. “A law that was once considered medically justified is today simply outdated and needs to end.” Kerry was one of 18 U.S. Senators — 17 Democrats and one independent — who in a letter on Thursday asked the Food and Drug Administration to lift the ban on gay men donating blood. The ban was put in place in 1983, at the height of the HIV/AIDS crisis and before modern screening and advanced testing methods for HIV were developed. Experts say current screening and testing have reduced the risk of tainted blood entering the blood supply undetected to virtually zero. The American Red Cross, America’s Blood Centers and AABB all support repealing the ban, saying the law is “medically and scientifically unwarranted.” The American Medical Association also supports modifying the ban.