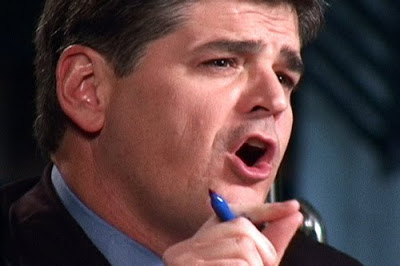 For the last several years, Sean Hannity and the Freedom Alliance “charity” have conducted “Freedom Concerts” across America. They’ve told you that they are raising money to pay for the college tuition of the children of fallen soldiers and to pay severely wounded war vets. And on Friday Night, Hannity will be honored with an award for this “Outstanding Community Service by a Radio Talk Show Host” at Talkers Magazine’s convention. But it’s all a huge scam.

In fact, less than 20%-and in two recent years, less than 7% and 4%, respectively-of the money raised by Freedom Alliance went to these causes, while millions of dollars went to expenses, including consultants and apparently to ferret the Hannity posse of family and friends in high style. And, despite Hannity’s statements to the contrary on his nationally syndicated radio show, few of the children of fallen soldiers got more than $1,000-$2,000, with apparently none getting more than $6,000, while Freedom Alliance appears to have spent tens of thousands of dollars for private planes. Moreover, despite written assurances to donors that all money raised would go directly to scholarships for kids of the fallen heroes and not to expenses, has begun charging expenses of nearly $500,000 to give out just over $800,000 in scholarships.

Media Matters notes that the blogger making the accusation has a spotty track record, but after reviewing the charity’s financials, they conclude that there may be something to this claim.