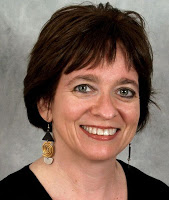 Despite months of strenuous opposition from the right, openly lesbian Chai Feldblum has been appointed to the Equal Employment Opportunity Commission. Chris Geidner at Metro Weekly reports:

Feldblum was nominated by President Barack Obama on Sept. 14, 2009, more than six months ago. Her confirmation hearing was held two months later, on Nov. 19, and her nomination received a favorable vote from the Senate Committee on Health, Education, Labor & Pensions on Dec. 10. Earlier this month, however, Senate Majority Leader Harry Reid confirmed that a hold was being placed on all of the President’s EEOC nominees, keeping them from receiving a vote of the full Senate.

Obama granted a recess appointment today to all the EEOC nominees, including his nominee to serve as chair of the Commission, Jacqueline A. Berrien. Berrien, according to the White House, has served as the associate director-counsel of the NAACP Legal Defense and Educational Fund since September 2004. In announcing the move, Obama said in a statement, ”The United States Senate has the responsibility to approve or disapprove of my nominees. But if, in the interest of scoring political points, Republicans in the Senate refuse to exercise that responsibility, I must act in the interest of the American people and exercise my authority to fill these positions on an interim basis.”

Christianist groups like the Illinois Family Institute (former home to Peter LaBarbera) had turned opposition to “radical activist” Feldblum into a fundraising campaign.

Previous Pat Condell: Is Satan A Catholic?
Next Brooklyn: No Pants On The Ground