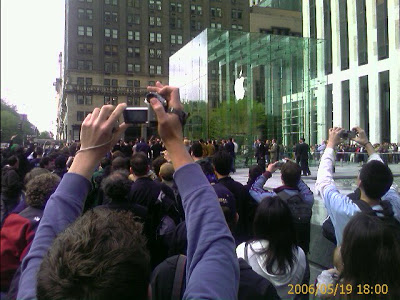 Gothamist reports that after a study of millions of photos on Flickr, scientists at Cornell have concluded that the glass entrance to Manhattan’s Fifth Avenue basement Apple store is now the fifth most photographed object in NYC and the 28th most photographed in the world. The top four in NYC: Empire State Building, Times Square, Rockefeller Center, Grand Central. Embiggen the below chart for the 25 most photographed cities in the world and the favorite landmarks in each. Here’s a super-complicated PDF of how the scientists reached their conclusion.