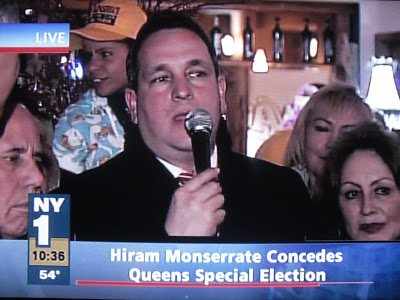 Local news has declared Assemblyman Jose Peralta the victor (by an almost 2-1 margin) over former NY Sen. Hiram “Slasher” Monserrate in one of the most homophobia-filled elections in recent NYC history. It appears that turnout, always low for special elections, may have only been about 25,000 total voters, making the impact of activists from groups such as Fight Back New York and the Empire State Pride Agenda even more critical to tonight’s result. Well done, everybody. And congratulations, Senator Peralta.