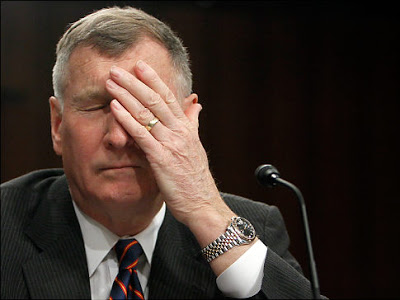 The ANP news agency reported that Sheehan apologized in an e-mail to Van den Breemen, saying his memory of discussions they had fifteen years ago about some social issues were ‘inaccurate.’ Sheehan also said that individual soldiers were in ‘no way’ responsible for the massacre, but said the problem was the ‘mandate’ for the soldiers. The retired general made his controversial remarks during a U.S. Senate hearing on March 18, in which he argued against plans to end a ban on allowing gays to serve openly in the U.S. military. He claimed that openly gay soldiers in the Dutch army were one of the reasons that U.N. troops were not able to prevent the genocide. Sheehan also claimed that Dutch Chief of Staff Henk van den Breemen acknowledged that claim. Van den Breemen has denied that. The remarks by Sheehan caused a wave of condemnation in the Netherlands. “The remarks were outrageous, wrong and beneath contempt,” Dutch Prime Minister Balkenende said during a news conference.

Reportedly, Van den Breeman is satisfied with the apology. I don’t know what Sheehan means by about the “problem being a mandate for the soldiers.”