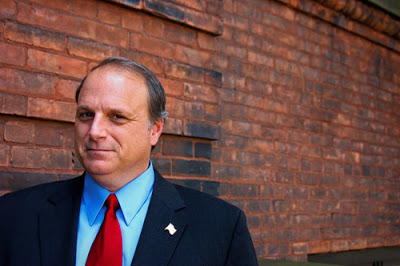 Just-resigned Rep. Eric Massa says he’s only been guilty of “salty language” around his employees. But others say differently.

Former Rep. Eric Massa has been under investigation for allegations that he groped multiple male staffers working in his office, according to three sources familiar with the probe. The allegations surrounding the New York Democrat date back at least a year, and involve “a pattern of behavior and physical harassment,” according to one source. The new claims of alleged groping contradict statements by Massa, who resigned his office on Monday after it became public that he was the subject of a House ethics committee investigation for possible harassment.

Yesterday Massa accused fellow Democrats of inventing the sexual harassment charge because he opposed the health care reform bill. That momentarily made him a hero to the teabaggers, but today Rush Limbaugh denounced Massa as a “complete loon.”