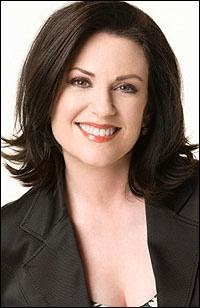 -Reportedly due to creative differences with Tony winning director Joe Mantello, Megan Mullally has abruptly pulled out of the revival of Terrence McNally’s Lips Together, Teeth Apart, causing producers to cancel the run. It was scheduled to begin previews on April 9th and producers are scrambling for a replacement show.

-The Off Broadway revival of The Boys In The Band closes tomorrow after only 31 performances.

-Mario Cantone, Carson Kressley, Kristen Johnston, Andrea Martin and others will perform at the April 5th edition of Celebrity Autobiography. “The show features a line-up of rotating performers who interpret the actual words and stories written by the famous and the infamous, in both solo and ensemble ‘chamber’ pieces culled from the autobiographies of celebrities.”

Stephen Sondheim’s 80th birthday party at Studio 54 included a special surprise for the Broadway legend. Henry Miller’s Theatre on W.43rd will henceforth be known as the Stephen Sondheim Theatre. The new marquee will be rendered as Sondheim’s signature, much like the topper on the Eugene O’Neill.

-Fox is denying widely published rumors that the network is readying a Broadway version of Glee. A Broadway publishing rights company had previously leaked that they were in negotiations with the network.

-Stunt casting: Paula Abdul may be joining the cast of Tony winner In The Heights. The show’s producer Kenny Ortega is also reported to want Abdul to choreograph the movie version of the show.